Cutting Back Perennials At The End Of The Season

To Cut Back Or Not Cut Back? That Is The Question. 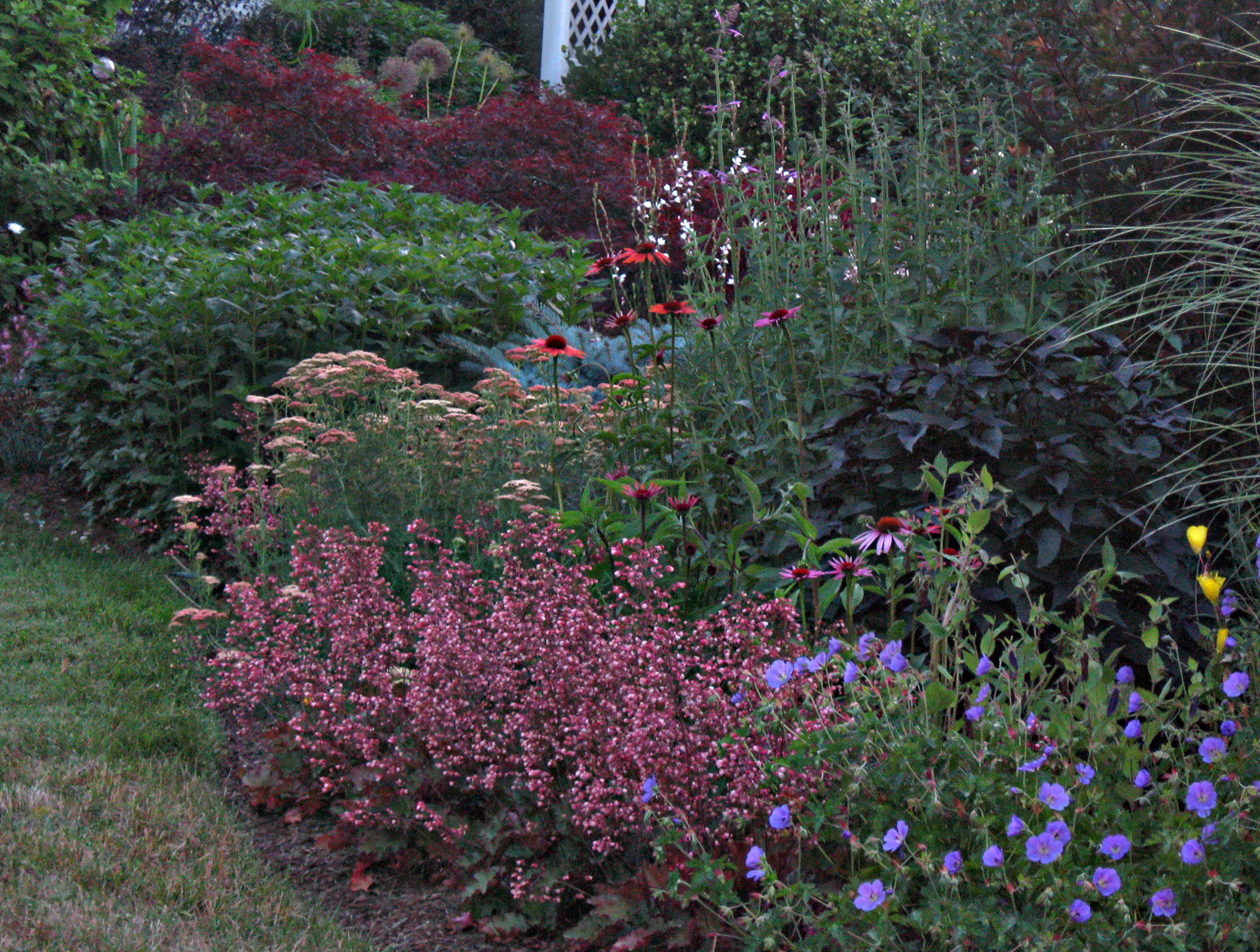 Most of the perennials in the garden are past their prime and it’s time to make the big decision. So when is the best time to cut back perennials at the end of the season? It depends!

Several things need to be taken into consideration.

Most importantly, don’t cut back evergreen or semi-evergreen perennials or it may lead to their demise. Evergreen plants need to retain their leaves in order to survive the winter. Remember this simple phrase: If it’s green, let it be; If it’s brown, maybe you should cut it down. I say maybe, because there are many reasons not to cut them down. Examples of some common evergreen and semi-evergreen perennials: Heuchera (Coral Bells), Geranium (Cranesbill), Lavendula (Lavender), Stachys (Lambs Ear), Dianthus (Pinks)

Perennials that provide food for birds:

Many birds utilize the seed heads of dried perennials during the winter. Also, birds often find protection in plant stubs, ground covers and leaf litter. Beneficial insects may hide in or near native plants for the winter in pupae stage, as caterpillars or eggs. Plants provide shelter from predators such as birds or spiders. Leaf litter also provides shelter for insects which is another good reason to keep some leaf litter in the garden all winter. Don’t be too tidy with the fall cleanup in your perennial beds.

Perennials To Cut Back:

Some perennials don’t contribute much to winter interest nor do they provide food for wildlife. These perennials can look a bit unsightly so why not cut them back when it is time. Plants that are prone to disease and insect pest problems should be cut to the ground to reduce the chance of infection the following season. Monarda (Bee Balm) and Tall Phlox are perfect examples of perennials that are prone to disease and pest problems. The leaves of Hosta can often harbor the eggs from slugs, so it’s best to cut them back when they turn yellow and remove them from the garden to prevent them from hatching in the garden next year. We cut back any plants with browning or blackened foliage and bare stalks that don’t add anything visually to the winter garden. Examples: Paeonia (Peonies), Hemerocallis (Daylillies), Brunnera, Veronica (Speedwell)

Some perennials will generate new basal foliage from the crown of the plant so do not disturb this new growth when cutting back the dead stalks. Examples: Leucanthemum (Shasta Daisy), Echinops (Globe Thistle), Centaurea (Bachelor Buttons)

Procedure for cutting plants back:

Don’t be in too much of a hurry to cut plants back. Timing varies from year to year depending on temperature fluctuations. This Fall has been very mild and we still haven’t had a killing frost so it’s too soon to cut things back in my opinion. If the plants are completely brown, black or disease ridden, then by all means, cut them back. In general, wait until we have had several hard frosts which will cause the plants to go dormant. If they haven’t gone dormant yet then they are still storing energy to the root system for next year.

When cutting down a plant, leave about two inches above the soil to mark its location in the garden. This especially important for late-emerging plants such as Hibiscus, Asclepias (Butterfly Weed), and Platycodon (Balloon Flower). We use several tools for cutting back plants. Bypass pruners, gardening scissors and serrated garden knives are all good tools for this purpose. The thickness of the stems determines which tool to use. If you have large masses of one type of perennial, then power hedge trimmers or hand shears might be the best tool to use.

In closing, do whatever suits your gardening style. If your gardening style is ‘neat and tidy’, then you will probably prefer to cut all your plants back, except for the evergreens, in the fall. For many gardeners, leaving some of your select perennials will provide winter interest and be beneficial for wildlife.